Kudos to the people of Chicago...or at least to an particular but unknown kind individual of Chicago. When picked up my mail recently I was pleasantly surprised to find not one, but two pieces of mail from my pen friend Julie. She's a regular writer and a quick responder but never had I received more than a single letter at a time from her. I thought the post card probably followed along as a post script so I read the letter first. 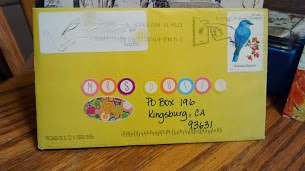 The postcard was not a P.S. but an apology, or rather an explanation for the letter I would not be receiving as it had been lost somewhere between home and work and, save for the possibility of a kind stranger finding it and placing it in the mail, would likely never reach me. 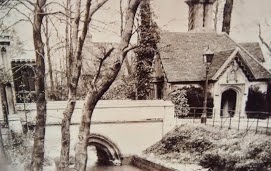 I had to smile on reading this as the description of the envelope clearly matched the letter I had just read. I have to tell you, I felt warm inside at the realization that not only is there kindness left in the world but that I had been the recipient of it. So kudos to Chicago and the unknown mailer.