Tea in the Mail

Some time ago I received a gift of stationery goodies from a pen friend. They were all darling but one in particular promised to be a very nice enclosure with a bag of tea. I had written to Aunt Katie and thought how nice it would be to have tea with her. Inside the card I assured her that I would think of her as I had my tea. I often receive tea in the mail. Drinking it as I either read the accompanying letter or write its response is in my mind the same as having tea with that person who sent it. I do not know that Aunt Katie has ever received such a tea invitation but, if not, she will no longer be missing out. 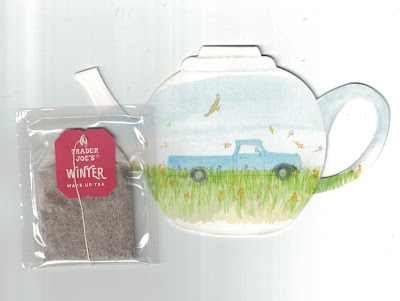 Shortly after penning my letter I sorted through the day's mail and discovered two cards. What a good mail day! The first one clearly contained an enclosure and my mind immediately though of tea but the bulk was too big for a tea bag. On opening the happy mail I found that it really was tea. I had received a very clever invitation to a baby shower printed on a large, transparent "tea bag." It reads, "A Baby is Brewing." Now, if that's not charming I don't know what is. 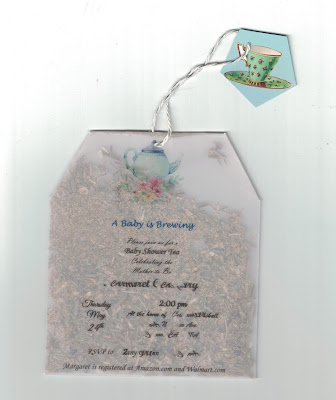 The next card is not tea related but boasts a lovely embossed butterfly on the outside and very kind words within. 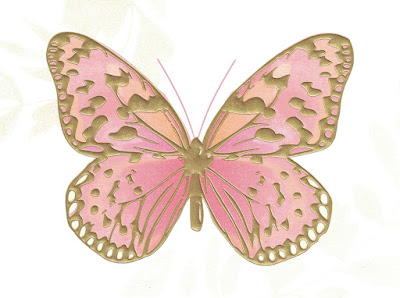 What a great mail day!