Several years ago I had given Mr. Duffy the gift of a pipe and lighter. Both were purchased from Cigars Ltd. with a lifetime warranty. I always wonder if such warranties are good for my lifetime or the lifetime of the product which might not be as long as hoped. The really fantastic thing about Mr. Duffy's lighter was the torch. (I believe it's more properly called a jet flame but amuse me.) It could be used as a regular lighter also but I discovered that the torch feature could be employed to efficiently melt sealing wax sticks. Once borrowing Mr. Duffy's lighter became a habit he gifted me with my own lighter which I used for some time before it quit working. In my drawer it sat until recently when Mr. Duffy took it with the promise of returning it to the cigar shop. Yesterday, which was Valentine's Day, on returning home he apologized for not having a card to give me but offered me a new lighter instead. I was thrilled! The shop replaced my broken lighter with a similar product and I nearly celebrated the event by purchasing more sealing wax. My previous lighter was red which was unavailable so Mr. Duffy chose gunmetal and I like it just fine. 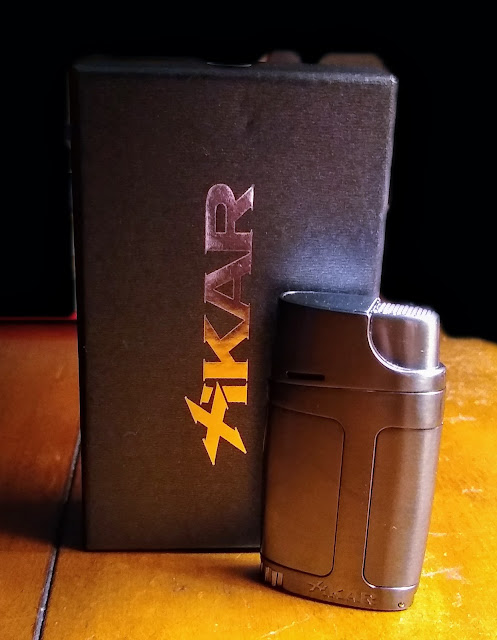 The color is inconsequential; what matters is the flame. I'm sure it works well for lighting cigars; I wouldn't know, but it seems to have been made as an epistolary accessory. 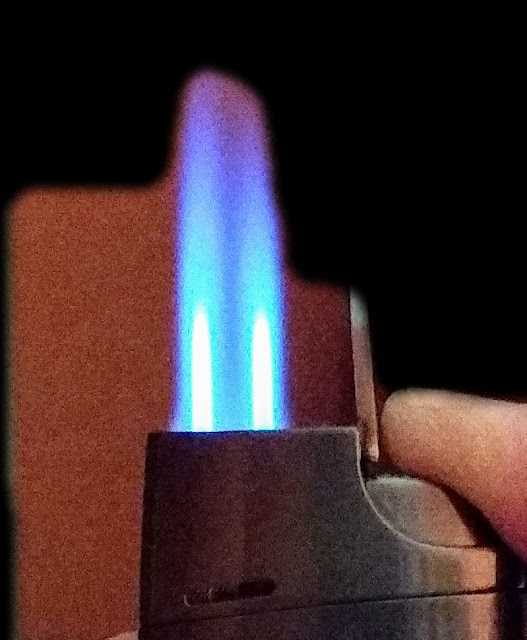 By the way, roses were included. Thank you, Mr. Duffy! 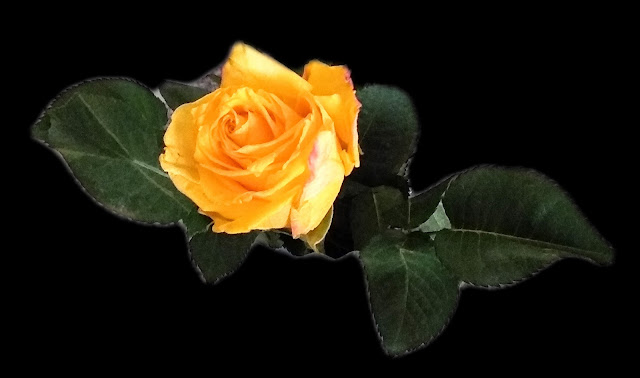