A Day in San Juan Bautista

It had been years since I saw the mission in San Juan Bautista so when I had a chance to go with friends to San Juan I jumped at the chance. We had been on the mission grounds for only a few minutes when we were approached by a docent who was also a parishioner at the mission and a retired school teacher. He gave us quite the education about both the mission and the town which at one time was a regular shoot-em-up wild west place. By the time we made our way into the sanctuary he was inside talking to other visitors and I had an opportunity to ask even more questions. What was really surprising was that when I mentioned living in Kingsburg we made the connection that his sister is mother-in-law to a cousin of mine. Small world. But on to the mission. 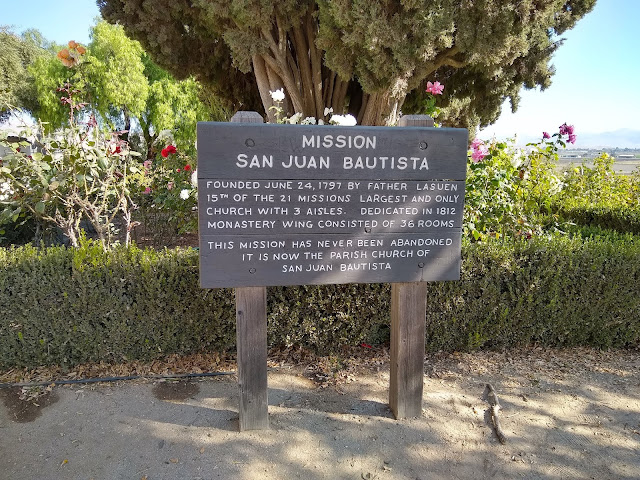 Below are a couple pictures of a choir book that fascinated me because it was hand written. Wow. Fr. Tapis had a beautiful hand. What skill. 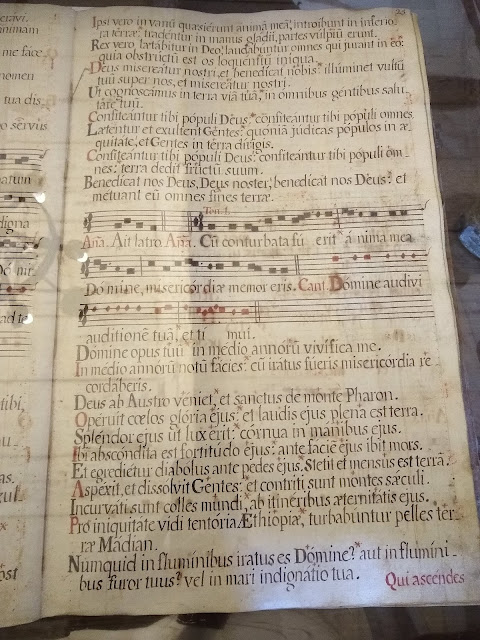 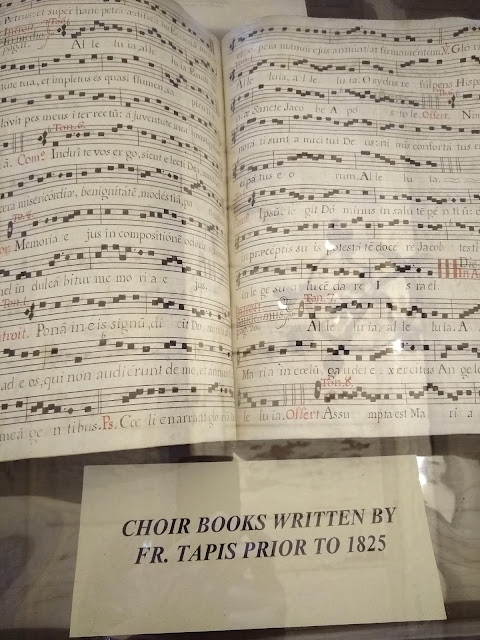 I had to take this picture if only for the wax and seal. You know I have a weakness for these things. 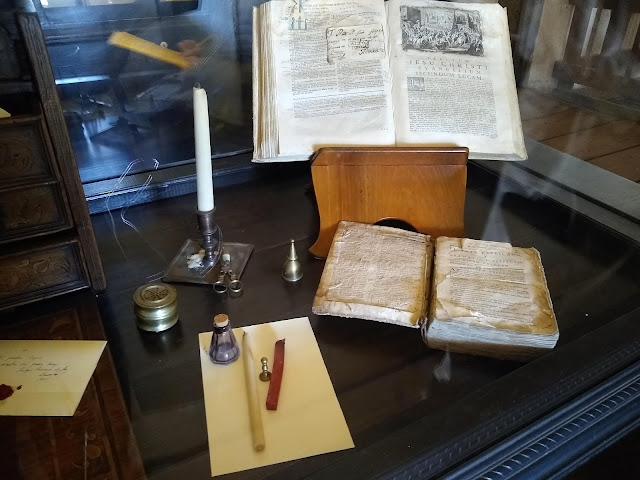 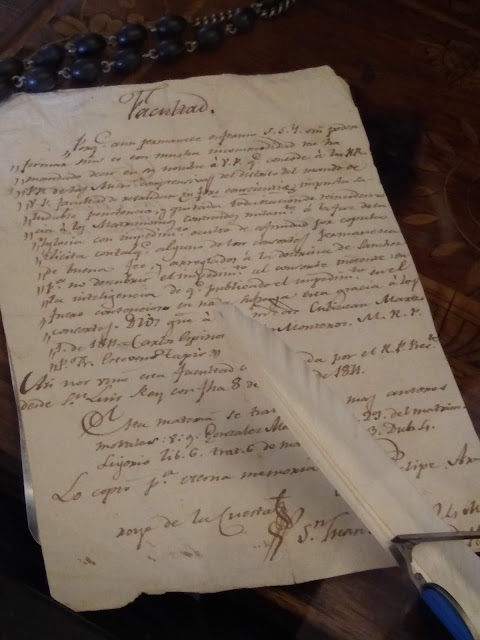 I'm not sure I realized this but Alfred Hitchock's movie Vertigo was filmed at this mission. Now I'm going to have to see it again. 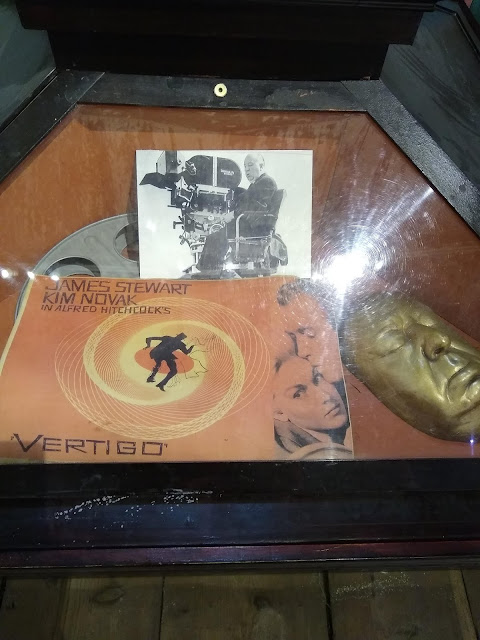 We were told that the church was built so that on the first day of winter the sun shone through the window at a certain time making St. John the Baptist glow. Because the church is built on the San Andreas Fault the church has moved a bit and now the sun shines on St. Dominic on the bottom right. Also because of being on the fault line the mission was destroyed in the 1906 earthquake famous for its damage to San Francisco. 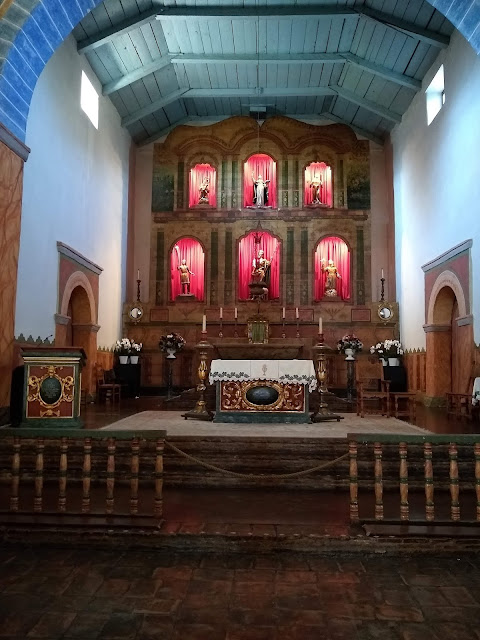 I did not realize that the area around San Juan Bautista has daily earthquakes though it's no surprise.

Check out this earthquake link.

Across the street from the mission is a state park consisting of a hotel which houses a museum, the surrounding garden, the stable, and another building which was closed.

Of interest in the museum was a lovely desk and the hotel guest book which I admired for the old writing. 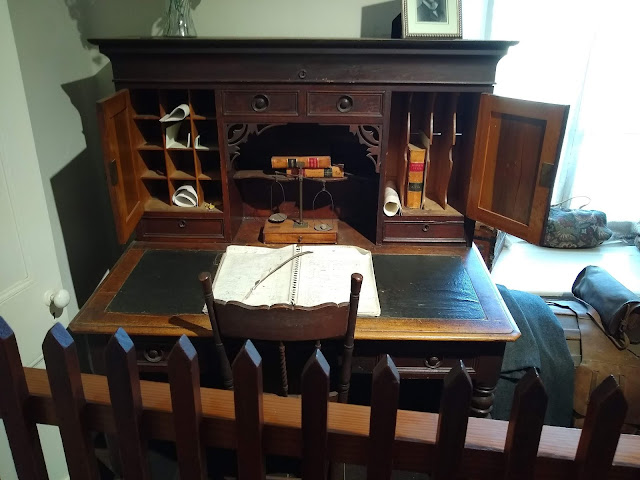 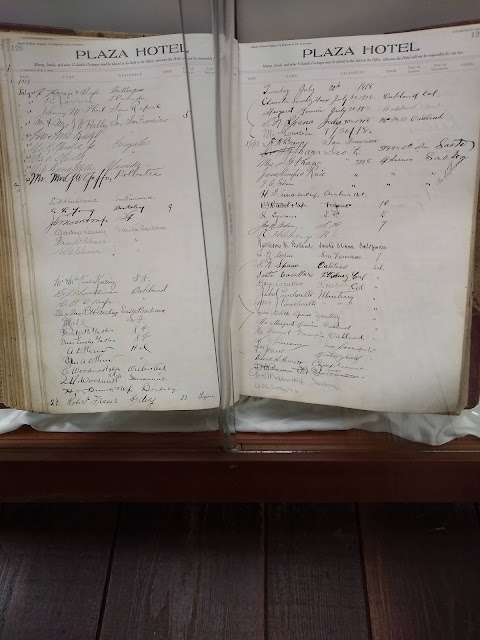 Next time I'll share about the saloon and the stables. The saloon was particularly entertaining.

Until next time, keep writing those letters!

Oh What Fun We Could Have!