Charles Dickens as a Letter Writer

Did you know that Charles Dickens penned more than fourteen thousand letters? And those are only the ones not lost to history. I find that astonishing. I wonder if every email and every text message along with with every paper correspondence of mine would add up to that. Dickens said he received 60 to 80 letters every day and if able he responded immediately. Surely such immediacy is the only way to deal with such a load. I had read about Dickens that his stories were published as serials and he let his readers influence the story.

From Wikipedia I learned that Dickens wrote with a goose quill, not the superior metal nib that was available at the time. He preferred black ink though later switched to blue ink on blue paper. Such details intrigue me. Also of interest is the following quote:

His biographer Fitzgerald described his handwriting as "so 'prompt', so alert, finished and full of purpose and decision; legible also, but requiring familiarity and training to read". He often ended his signature with an exuberant flourish, which became a kind of trademark. 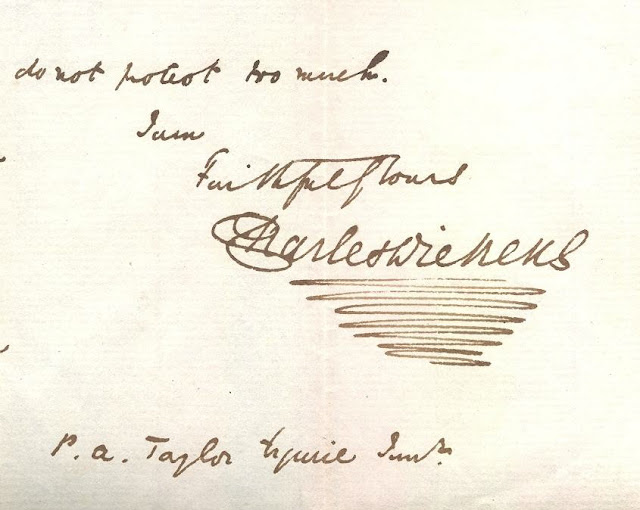