Charlemagne, known to have highly valued and education, recruited Alcuin the Anglo-Saxon scholar to head his court school. This same Alcuin developed a new style of writing that became standard through Europe.

According to Wikipedia, “ Charlemagne looked first to Anglo-Saxon England for a scholar to head his court school, finding him in Alcuin (c. 730–804). He assigned to Alcuin the correction of the Vulgate. In conjunction with this project, and later in his career when he became abbot of Tours, Alcuin invented a new style of handwriting, the Caroline minuscule. This script was far more legible than earlier medieval hands and an improvement on Roman book hands, since it provided spaces between the words, more extensive punctuation, and a hierarchy of hands, with capitals used for titles, a mix of capitals and lower-case letters for subtitles or chapter headings, and lower case for the body of the text. With the newly corrected Bible, pastors would be able to base their teaching and preaching on what it actually said.[

I, for one, am glad to have spaces between words. The script is legible and simply nice to look at. 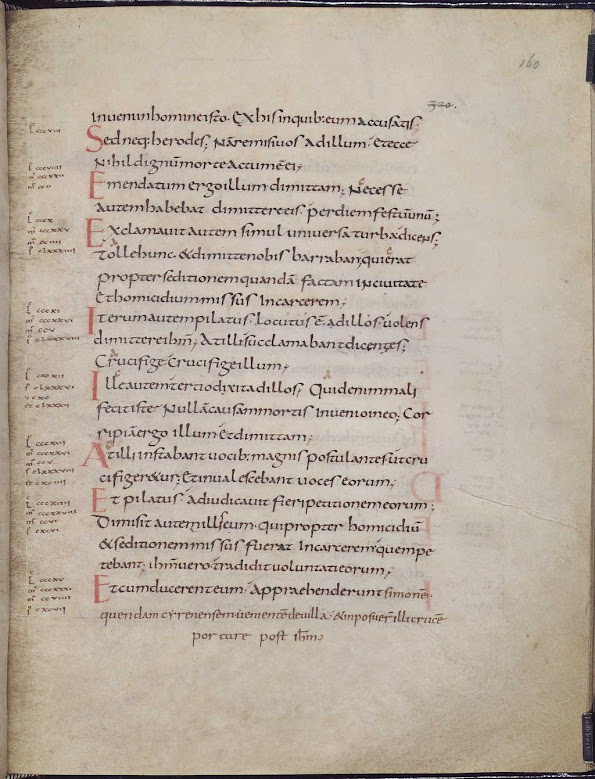